Telling DNA what to do and how to do it: A Perspective article summarizing “Cell Cycle-Specific Cleavage of Scc2 Regulating its Cohesin Deposition Activity” and “Phosphorylation of the Scc2 cohesin deposition complex subunit regulating chromosome condensation through cohesin integrity”

Have you ever wondered how a heart cell knows just what to do? Or how the cells that make up your heart know to be different than the cells that make up your bones? Or furthermore, how heart cells know how to piece themselves together and form a working heart in the first place? All of the instructions that direct a cell are stored in its DNA, or its genetic material. A heart cell, however, must only read the instructions that tell it to become a heart thereby ignoring all of the other instructions that are held in the DNA of that same cell. In order for the cell to accomplish such a feat, it gets help from a few molecular structures that serve to organize the DNA. Most notably, the cohesin complex plays a critical role in organizing DNA within a cell. This critical complex is essential for the cellular viability of every cell in the human body and all other animals as well.

The cohesin complex is a ring shaped structure that attaches to DNA and ensures that the DNA behaves as it should in every single cell. Cohesin and a few other molecular structures babysit the cell’s genetic information. Cohesin facilitates the separation of chromosomes, which are condensed forms of DNA, into proper daughter cells during cell division. Cohesin also plays a role in making sure that the instructions held in the DNA of our cells are properly read so that each cell knows what to do and how to act. If chromosomes fail to separate properly in sperm or egg cells, aneuploidy conditions such as Downs Syndrome may arise. If cohesin is unable to help the cell read its DNA instructions properly, then the cell may not know how to act or what to become. Therefore, defects with cohesin or how cohesin attaches to DNA can result in serious development disorders that arise when cells fail to form important anatomical structures giving rise to congenital defects. A condition called Cornelia de Lange Syndrome (CdLS) and other similar syndromes (called cohesinopathies) result when cohesin does not attach properly to DNA. This improper attachment of cohesin to DNA causes the cell to read the wrong instructions. CdLS patients can thus suffer a multitude of congenital defects ranging from severe mental handicap, to bone structural malformations, craniofacial defects, kidney issues, and many more.

Many patients with CdLS have a genetic mutation in a gene called NIPBL. Interestingly, and not surprisingly, one of NIPBL’s most famous roles is to load cohesin onto DNA so that cohesin can protect and direct the genetic information by regulating gene expression in the cell. If NIPBL fails to load cohesin, cohesin cannot perform its important tasks. Though it is clear to scientists that NIPBL plays this critical role in “cohesin loading”, it is unclear as to how NIPBL loads cohesin onto DNA. The focus of this research therefore surrounds the important question of how does NIPBL load cohesin onto DNA (so that cohesin can then regulate the genetic information)? Also, what happens in patients with defective NIPBL?  This question was studied using budding yeast cells. Budding yeast rely on similar molecular structures and mechanisms to separate DNA and for cohesin’s regulation of DNA. In yeast, the cohesin loader is called Scc2 (rather than NIPBL).

Understanding how Scc2 loads cohesin onto chromosomes (DNA) in yeast should give insights into how NIPBL loads cohesin onto chromosomes in humans. Therefore, elucidating the molecular mechanisms that underlie cohesin loading, as described in this article, can help to shed light on how syndromes such as CdLS originate. Once this basic understanding has been achieved, scientists can look forward to bettering the treatment and maybe one day working toward the prevention of such developmental defects.

*The majority of this work was performed at University of Colorado Anschutz Medical Campus in the lab of Dr. Paul Megee

*** For clarity and understanding, the term “DNA” was often used rather than specifically discussing chromosomes, chromosome condensation, or gene regulation 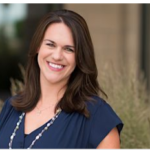 As a scientist, Julie has made great strides in understanding the molecular mechanisms that underlie chromosome dynamics. Her work has been published in several academic journals and as a result of her success, Julie has received several fellowships from the NIH as well as private foundations.

More recently, Julie has pursued her passion for science education and has experienced great success in the classroom. She has taught at Johnson and Wales University and is thrilled to be a part of the CCU community.