Obesity has become an epidemic in the United States and the western world1. Individuals living with obesity have a higher risk of developing other diseases such high blood pressure, diabetes, heart attack, and even some types of cancers1. Normally, the food that we eat is converted into energy that we use for activities in our daily life. However, with the large portion sizes that are present in our diets today, not all the food we eat is needed for our basic energy needs. Moreover, western diet is usually full of fatty calories that remain unutilized in our body and stored in the form of white fat. Accumulation of this white fat may lead to obesity. In addition, some individuals are genetically more sensitive to weight gain which makes them susceptible to obesity even with normal diet2-6. Insulin is an important hormone in our body that helps us utilize the food that contains glucose, proteins, and fat to generate energy. Some individuals have hard time utilizing insulin, which leads to high levels of glucose. These individuals are called insulin resistant, since their body does not respond to insulin action as it should. Obesity markedly increases the risk of insulin resistance and thereby promotes diabetes.

Recent research has shown that long term inflammation plays a crucial role in the development of obesity and insulin resistance7-9. Inflammation is a defense mechanism in the body. Our immune system recognizes damaged cells and pathogens, and sends out chemicals to destroy them in order to initiate the healing process. The chemicals that are sent out by the immune system produce inflammation to kill the foreign or toxic substance. In fact, infections, wounds, and any damage to tissue would go unchecked and unhealed without the inflammatory response. However, when inflammation remains sustained for too long, it can eventually cause several diseases and conditions, including obesity3. Despite the strong evidence that long-term (chronic) inflammation is involved in obesity development, how inflammation contributes to obesity still remains a mystery.

Immediate early response gene X-1 or immediate early response 3 (IEX-1 or IER3) is a protein that is present in large amounts in macrophages14. The synthesis or production of IEX-1 rapidly increases in the body during stress and infection14-17. Previously, we reported that presence of IEX-1 was essential for formation of M1 macrophages18. Therefore, we hypothesized that IEX-1 contributes to obesity and insulin resistance by promoting M1 macrophage-mediated inflammation. To address our hypothesis for the study under consideration, we used mice as an experimental model for human obesity. We used two different strains of mice; first had intact IEX-1 gene (the segment of DNA that makes IEX-1 protein) and the second lacked this gene. In the absence of IEX-1 gene, no IEX-1 protein synthesis will take place and thus animals will be absolutely IEX-1 deficient16.

To address our hypothesis, we fed these mice with a diet containing high amount of fat to trigger obesity. As expected, mice that harbored intact IEX-1 gene became obese and diabetic after five month on high fat diet (HFD). Consistently with our hypothesis, we observed that adipose tissue macrophages in these mice switched their form from M2 to M1 state. As a result there was a massive inflammation in fatty tissue as well as systemically in the body. In sharp contrast, mice that lacked the functional IEX-1 gene remained lean even after five months of HFD feeding. When we looked at their adipose macrophages, we found that majority of their macrophages still existed in M2 state unlike in the first strain of mice. Consequently, mice lacking IEX-1 gene were also protected from inflammation and insulin resistance18.

It was recently discovered that M2 macrophages can cause browning of white fat in the body, a process in which white fat begins to turn into brown-like fat19-21. Brown fat is a good fat in the body since it burns (consumes) extra calories stored as fat in the form of heat. In other words, brown fat increases body energy expenditure by converting stored calories into heat. M2 macrophages secrete norepinephrine — a hormone that facilitates neurotransmission in the body — that directly acts on white fat cells and converts them into brown-like cells by activating a specific gene program19. Based on these previous observations, we analyzed the white fat from the abdominal (belly) and subcutaneous (tissue under the skin) regions from the two strains of mice that we used for obesity study. In mice carrying normal IEX-1 gene, the fat from abdomen and skin appeared exactly like white fat with no sign of brown fat cells. However, in mice carrying dysfunctional IEX-1, there was abundant brown fat cells present in the white fat from the two regions. In fact, white fat in second strain of mice appeared more like brown fat rather than white fat. In line with large amount of brown fat, mice lacking functional IEX- 1 had greater energy expenditure and heat production than the mice harboring normal IEX-118. This observation suggests that (i) the lack of IEX-1 causes browning of white fat and (ii) that such browning is sufficient enough to increase total energy expenditure. Collectively, these results demonstrated that IEX-1 deficiency protects mice against obesity and insulin resistance by promoting M2-mediated browning of white fat. The study highlights for the first time a critical role of IEX-1 in the development of obesity and diabetes.

Obesity is a long term disorder that occurs due to imbalance in energy metabolism. The main factors that play a decisive role in regulating energy usage remain elusive. This study reported a previously unknown role of IEX-1 and identifies IEX-1 as an important modulator in energy metabolism. Despite a well-documented role of inflammation in obesity, how inflammation impairs energy metabolism to cause obesity remains poorly understood. Our study suggests that inflammation contributes to obesity by impairing browning of white fat and reducing energy expenditure. Adipose tissue macrophages play a crucial role in inflammation by switching their phenotype from  anti-inflammatory state (M2) to a pro-inflammatory state (M1). The current study also identifies that presence of IEX-1 is required for M2 to M1 switch, underscoring an important role of IEX-1 in inflammation. Thus, by promoting M2 to M1 switch, IEX-1 inhibits browning of white fat and reduces conversion of fat calories into heat. As a result, there is excessive accumulation of calories in the form of fat leading to obesity and insulin resistance. Thus, targeting IEX-1 to reduce its abundance in the body could be a potential therapeutic strategy to treat or prevent metabolic disorder such as obesity and diabetes.

The work described herein from Wu and Shahid’s laboratory is supported by National Institutes of Health grants AI050822 and AI070785 (Wu); DK103955 and the Eleanor and Miles Shore fellowship from Harvard Medical School (Shahid); and a Grant-in-Aid 0855762D from the American Heart Association (Wu). 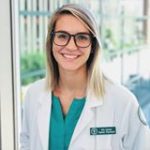 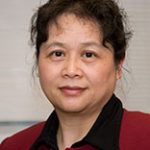 Dr. Mei X. Wu received her Ph.D. from Utah State University in 1992, after which she was trained as a post-doctoral fellow at Massachusetts Institute of Technology (MIT) and then at Dana-Farber Cancer Institute, Harvard Medical School (HMS).  She became an instructor in 1995 at HMS and an assistant professor in 1999 at Baylor College of Medicine.  She relocated to Massachusetts General Hospital/HMS in 2003.  Her laboratory studies the molecular mechanisms and signaling pathways in association with autoimmune diseases, protective immune responses, and immune-suppression. 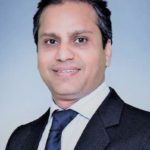 Mohd Shahid, M.Pharm., Ph.D., is a pharmacologist/cardiovascular physiologist and an Assistant Professor of Pharmacology at the Chicago State University College of Pharmacy (CSU-COP). He obtained his Bachelor in Pharmaceutical Sciences from Hamdard University, New Delhi India. He then went on to complete his Master’s in Pharmacology with the scholarship from Government of India. In 2008, he earned his Ph.D., in Pharmacology from the University of Delhi. Prior to coming to CSU, Dr. Shahid was an Instructor and Assistant in Pharmacology at Massachusetts General Hospital, Harvard Medical School in Boston. He completed two post-doctoral fellowships in renal and cardiovascular diseases at the Tulane University and subsequently at Harvard Medical School (Massachusetts General Hospital).